[I am OO] Ryeo Wook of Super Junior [Eng Sub]

5. [+39, -1] Kyuhyun-ah, don’t be like that to a fellow man. Why act all clean and innocent on your own? What does that make Henry? And what were the PDs thinking letting this air ㅡㅡ

6. [+30, -1] Kyuhyun-ah, when you go to the army, you’ll find your own bathroom stall to use as your personal jack off room. It’s better than getting caught going to a massage parlor like Se7en, right?

8. [+22, -3] Why would Kyuhyun say that on broadcast? As if he’s never done it himself before. And especially if they all live in a dorm, it’s understandable.

10. [+11, -2] He knows he can get away with saying anything he wants because his stupid fangirls will shield him

4. [+1,074, -31] Henry may seem like a playful mischief type of kid but he’s actually a decent person… After hearing his thoughts on shows about stars raising children and plastic surgery ads, I got a good impression from him.

5. [+696, -18] Ryeowook was hilarious today ㅋㅋㅋ and Zico’s better at impressions than I thought ㅋㅋㅋ

6. [+646, -26] Zico and Henry are so opposite to their images, very thoughtful and respectful people.

7. [+601, -16] Ryeowook’s so funny, I wonder why he never got more attention all this time ㅋㅋㅋ and Jung Jun Young didn’t get much talking time but everyone was funny!!

1. [+234, -15] I want to see Siwon and Ryeowook on a show like this later too. And Ryeowook seems to have more of a temper than he looks… I thought he would be a lot more introverted.

Article: ‘Radio Star’ Ryeowook reveals his sensitive personality, “I refused to talk to my manager for a month”

Kim Gura said, “Apparently there are a ton of managers who quit because of Ryeowook,” to which he replied, “I’m not like that now but there once was a time I refused to talk to my managers for a month. The reason was because they lost my luggage in another country. The other members all got their luggages but only mine was missing so I refused to talk to the managers for losing it. Another time, I was dieting and missing a few grapefruit juices. There were only high calorie foods available and I got frustrated. I get mad when I say that I need things a certain way and they don’t comply. I do, however, think I was being too sensitive about it and talking in a loud, high tone could’ve come across the wrong way and am reflecting about it now.”

4. [+84, -31] He’s not some little kid, why is it his manager’s job to take care of him? Is he going to ask them to spoon feed him too? I really wish SuJu kids would stay off of varieties. Every single idol in SM is so disgustingly bad at variety shows.

5. [+74, -56] I don’t know who this kid is and from the way he sounds it might seem that he’s narrow minded but I can kind of understand where he’s coming from too. I’d be mad if my managers took care of the other members’ luggages and only lost mine.

6. [+70, -8] I understand that he had enough reason to get mad over his managers losing his luggage but was it really something to be pissed about for a month? He seems like an exhausting person to deal with.

8. [+55, -7] I watched this episode. Nevermind the luggage story, he actually yelled at his manager because he didn’t have his salmon salad in his fridge. Especially with how high toned his voice is, I’d be frustrated having to hear that. No wonder so many of his managers quit, there are probably more stories like this that haven’t been revealed on TV yet.

9. [+51, -16] Did you guys actually watch the episode? The managers took care of all the other members’ luggages except his, I’d be mad too. He must’ve had so many important things in his luggage but they only left his out. I understand why he’d be pissed.

10. [+48, -3] The thing about his personality from the impression I get from him is that he seems like the type to be unforgiving about 1 mistake no matter how many 10 good things you did for him. The type that’s hard to get through to… isn’t he a radio DJ? I had a positive image of him just hearing his voice but… seeing him in person today was a bit… disappointing. He seems a bit too honest for his own good.

Article: Zico, “I was rejected by two celebrities I had a crush on”

2. [+499, -221] Zico should work on getting his head straightened out first. He doesn’t seem like the type of person or the looks that women would go for anyway. Has a trashy mind.

4. [+89, -1] I was actually surprised with how good of a person Henry is, especially with him expressing his opposition to TV shows about celebrity children. Aparently that was all edited out though, hmm…

5. [+86, -6] Daebak hilarious today ㅋㅋㅋ and Henry has such a good mindset! As for Ryeowook, the stories about how he treated his manager kind of broke my image of him but Jo Jung Chi was worse.

6. [+86, -12] Isn’t Zico the idol that ruined Hallyu exports in Thailand during his rookie years ㅋㅋ and when ‘Abnormal Summit’ Tyler said that he shouldn’t be wearing the confederate flag in his music video, his stupid fangirls kept defending him by telling Tyler on SNS that he was wearing it out of respect for Kanye. Stupid fangirls, you do realize that Kanye got hate for wearing that flag by the American media too? Imagine of the American media had caught on about Zico too, what would you have done then? Zico could’ve ruined Hallyu in America too. Why isn’t this group disbanded yet when they’re embarrassing our country all the time? If they were a girl group, they’d be out already.

7. [+85, -5] The episode was funny today but Jung Jun Young, Zico, and Eddie Kim seem like they’ve got a bit of a rebel streak…. they were only funny because it’s a TV show but… as for Zico, he seems to be total hip hopper instead of an idol now.

3. [+1,208, -43] His ideal woman is someone who has tightm toned thighs in shorts with thighs touching, doesn’t act cute, manages herself, works hard at her job, looks cute when she tries not to be cute, a bit ditzy, doesn’t try to act cool, innocent face but glamorous body, smart and humorous and plays hard to get!!!

5. [+381, -9] Out of today’s episode, I became Henry’s fan. I never understood before when everyone liked Henry but I get it now. He’s such a positive energy who is so loving ㅎ I’d put him in the same category as Eric Nam…

Article: ‘Radio Star’ Henry, “So Ji Sub arrived at the film set an hour before… I respect him the most”

2. [+193, -7] The fact that Henry knows that So Ji Sub gets to the film set an hour before recording begins must mean that he gets there even earlier…

3. [+152, -3] I can’t tell if Henry’s acting or if he just met the perfect role for himself ㅋㅋㅋ his character is such a perfect fit for his image. Or maybe he just reinterpreted the character his way??? Either way, Henry’s acting wasn’t awkward at all, it was quite good ㅎㅎ

5. [+60, -0] I seriously love kids like Henry, people who talk positively about you like you’re a real friend

2. [+1,250, -57] Super Junior designed theirs themselves… and it turned out way better than the ones SM has been doing for them ㅋㅋ

7. [+79, -3] The design SM gave Super Junior was three circles ㅋㅋㅋㅋ SM doesn’t care about SuJu, they have to do it themselves to get anything done 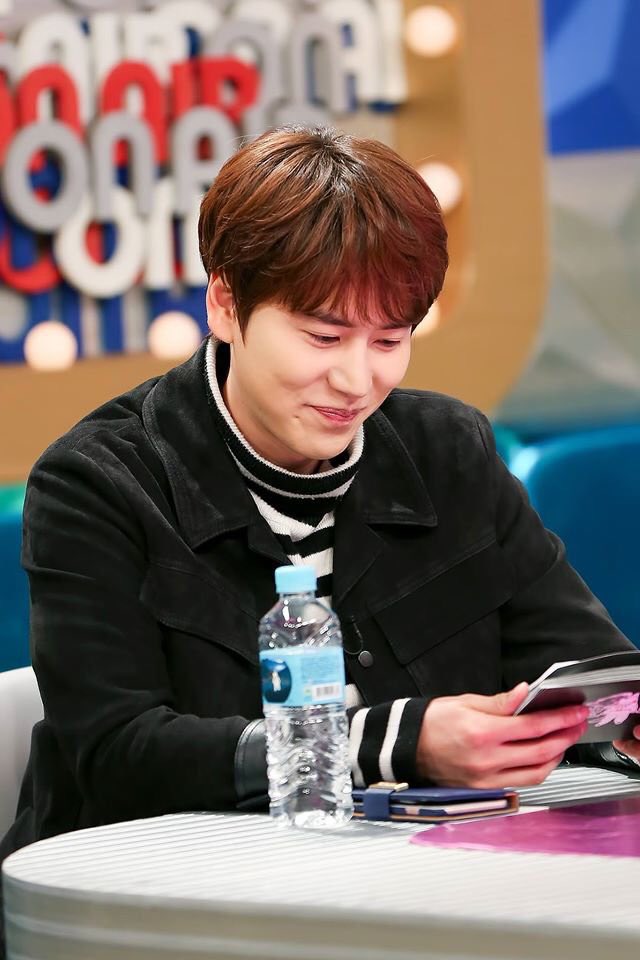 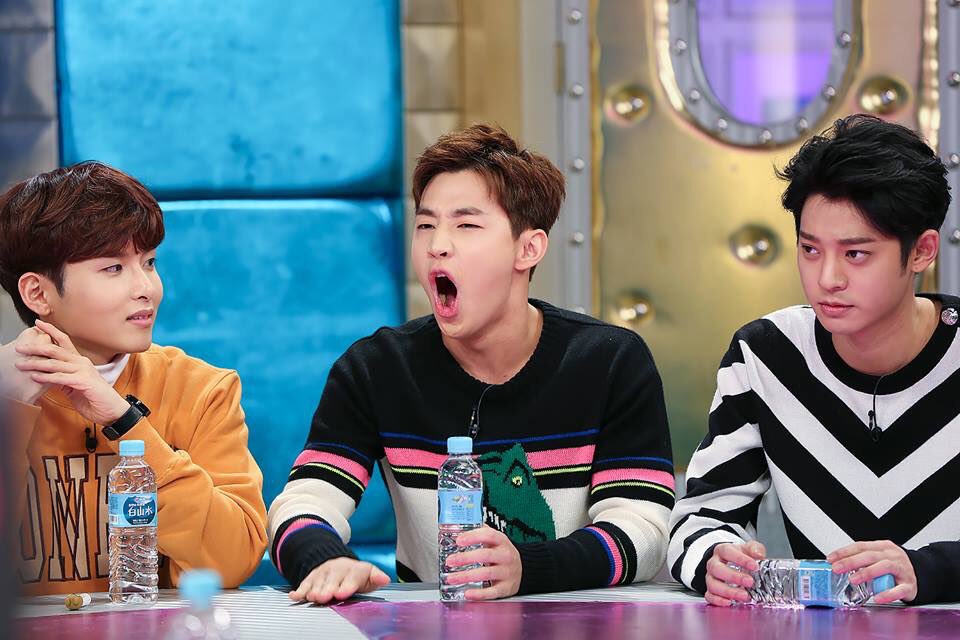 HENRY, RYEOWOOK AND THE OTHER (I DUNNO) 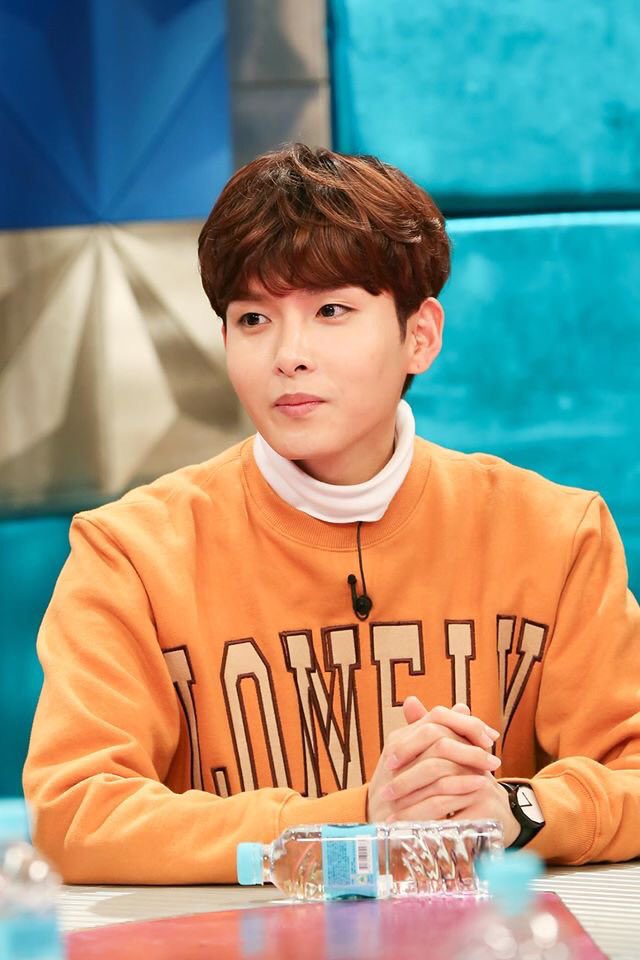 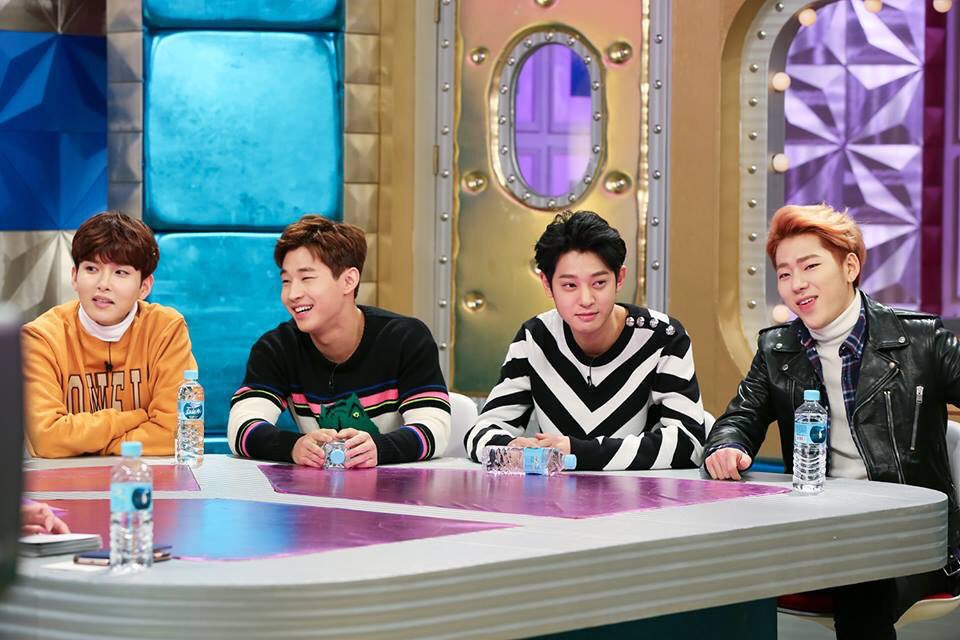